Check out her blog here.

The SEAGA 2008 conference is officially closed. Just before the closing ceremony, the Secretary (aka moi) made the announcment that the next conference will very likely be held in Hanoi, Vietnam. The two professors from Hanoi National University of Education and National University Hanoi, Vietnam are keen to organise the next conference but we shall have to confirm it in the weeks ahead as logistics are being sorted out.

The delegates were excited by the news and quite a few congratulatory remarks were recevied. We look forward to the next meeting in Hanoi in 2010. In the meantime, there will be 2 foras in Singapore in 2009. Do come back to this website to check from time to time.

Signing off from University of Philippines, Quezon City, Metro Manila.

The following is a set of 3 photographs taken from the Metro Manila trip. It shows the stark contrast in landscape between the Payatas Rubbish Dump (First two pics) and the SM Mall of Asia shopping mall which is reputed to be the largest mall in Asia. For those who have been on other trips and would like to contribute your photographs, please share them with us by emailing seaga@nie.edu.sg. We will arrange for these to be uploaded. 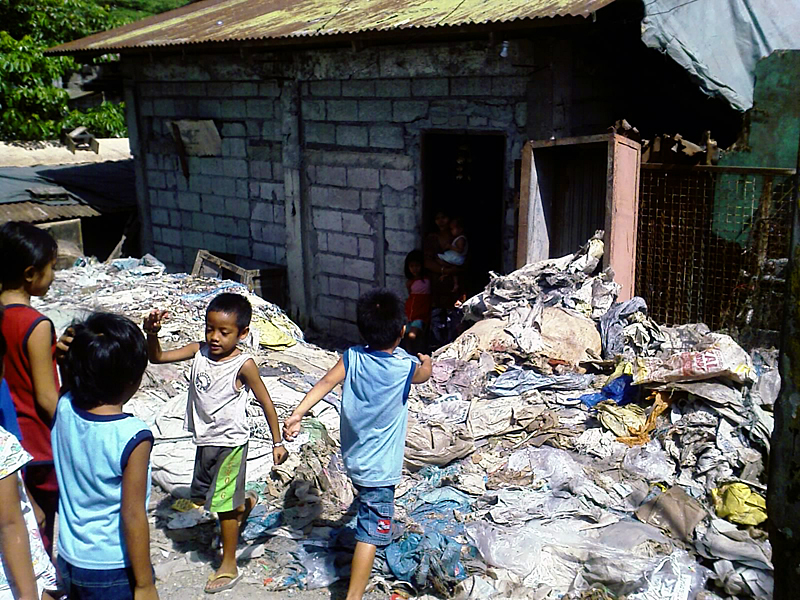 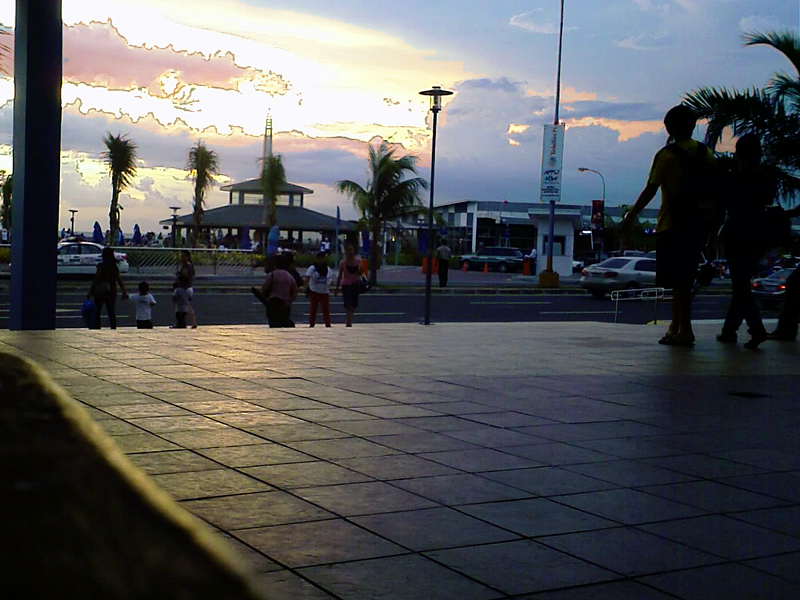 The programme was really packed today culminating in a round table discussion for IGU/SEASSWP. The discussion ended close to 6 pm with various delegates voicing the need for a stronger network presence for both SEASSWP and SEAGA. We hope to see a stronger SEASWWP presence at the next SEAGA.

Tomorrow will be the fieldtrip day. Instructions were given and some delegates have to get up as earlya t 3 am to go on the Mt Pinatubo trip. The other trips are to Taal Lake, Metro Manila and Subic Bay. There is an added trip to Manila Bay which will set off a little later at 0930 in the morning.

More on the trips after we come back tomorrow evening.

The morning started with a concurrent session. After coffee break at 1015, the second plenary started with Philip Kelly's presentation on Conceptualizing Class in the context of rural change in the Philippines. Here are some photos. 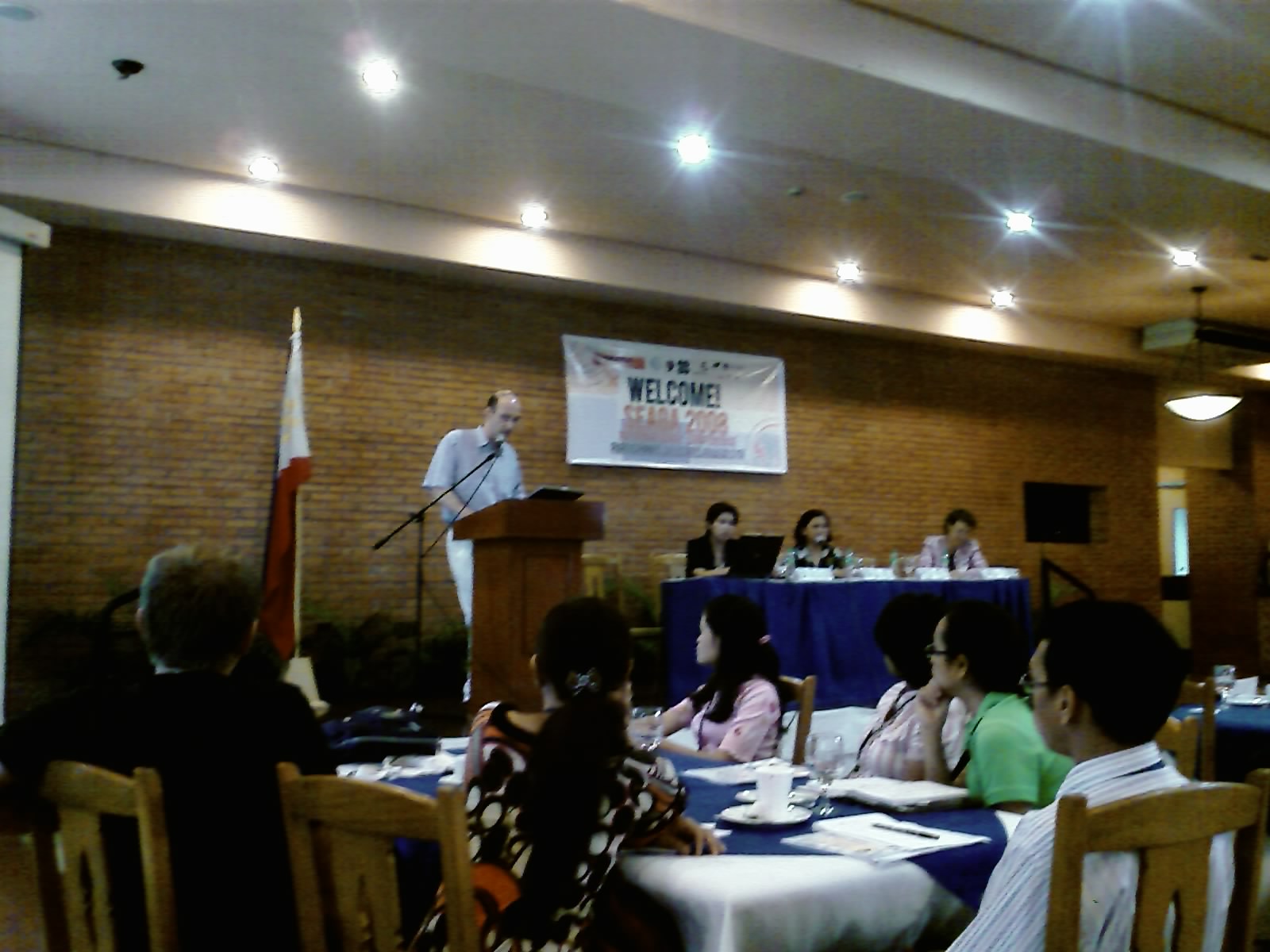 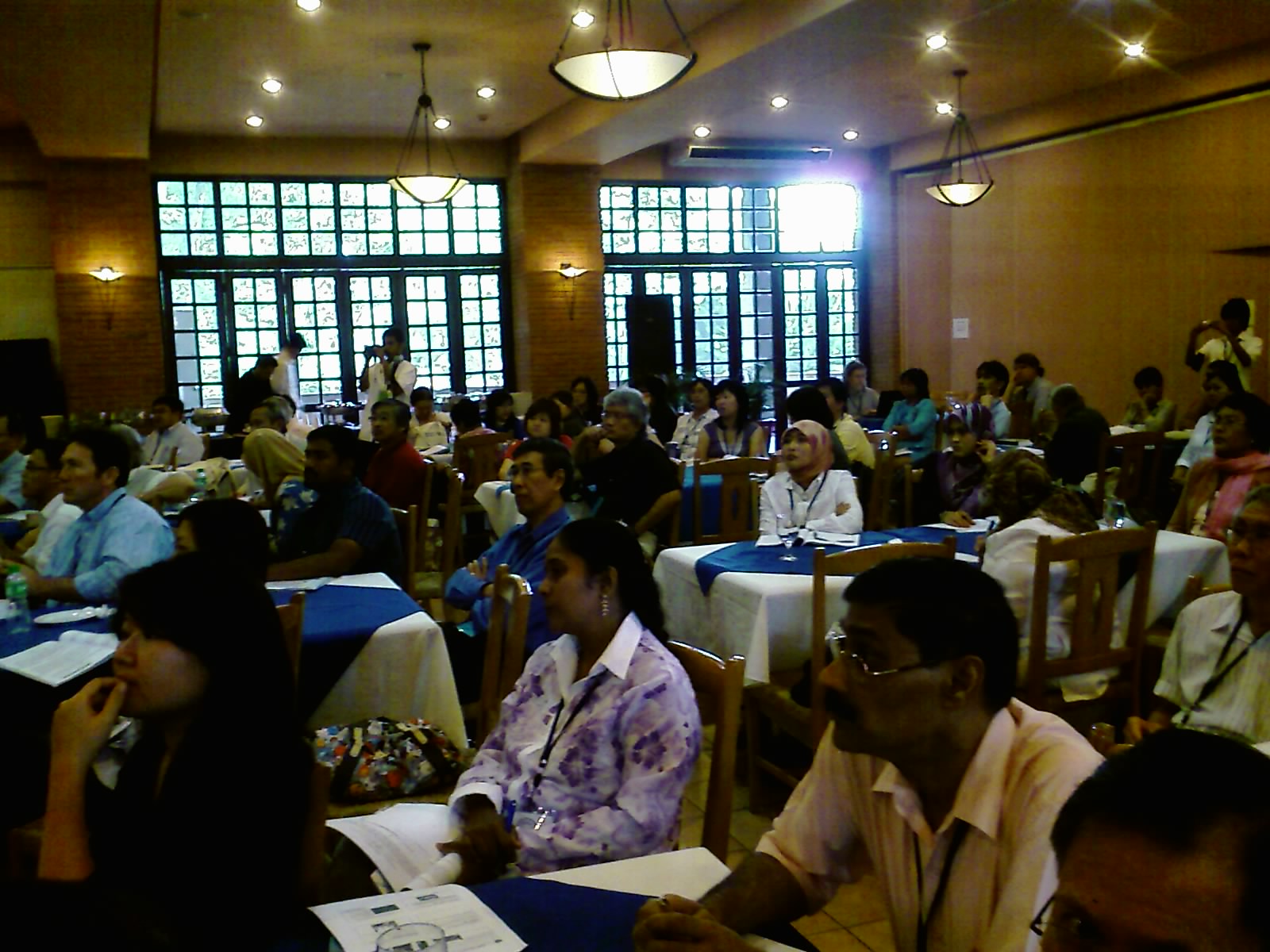 There will be orientation sessions during lunch and a special group meeting to comission the 2010 confernece will be convened.

Day ONE at SEAGA 9

The morning started at 9 am sharp with the welcome addresses by Dr. Emerlinda Roman, President of the University of Philippines, Dr. Chang Chew Hung, Secretary of SEAGA (on behalf of President SEAGA) and Dr. Doracie, Zoleta-Nantes, President of the Philippine Geographical Society. The programme then continued with a plenary and two concurrent sessions, with lunch in between. You can find out more about the programme from the events page.

At around 1630, the participants were ferried back to their hotel to freshen up. By 1900, all were gathered for the Conference GALA Dinner. There were cultural performances through the night. Here is a shot of the performance. 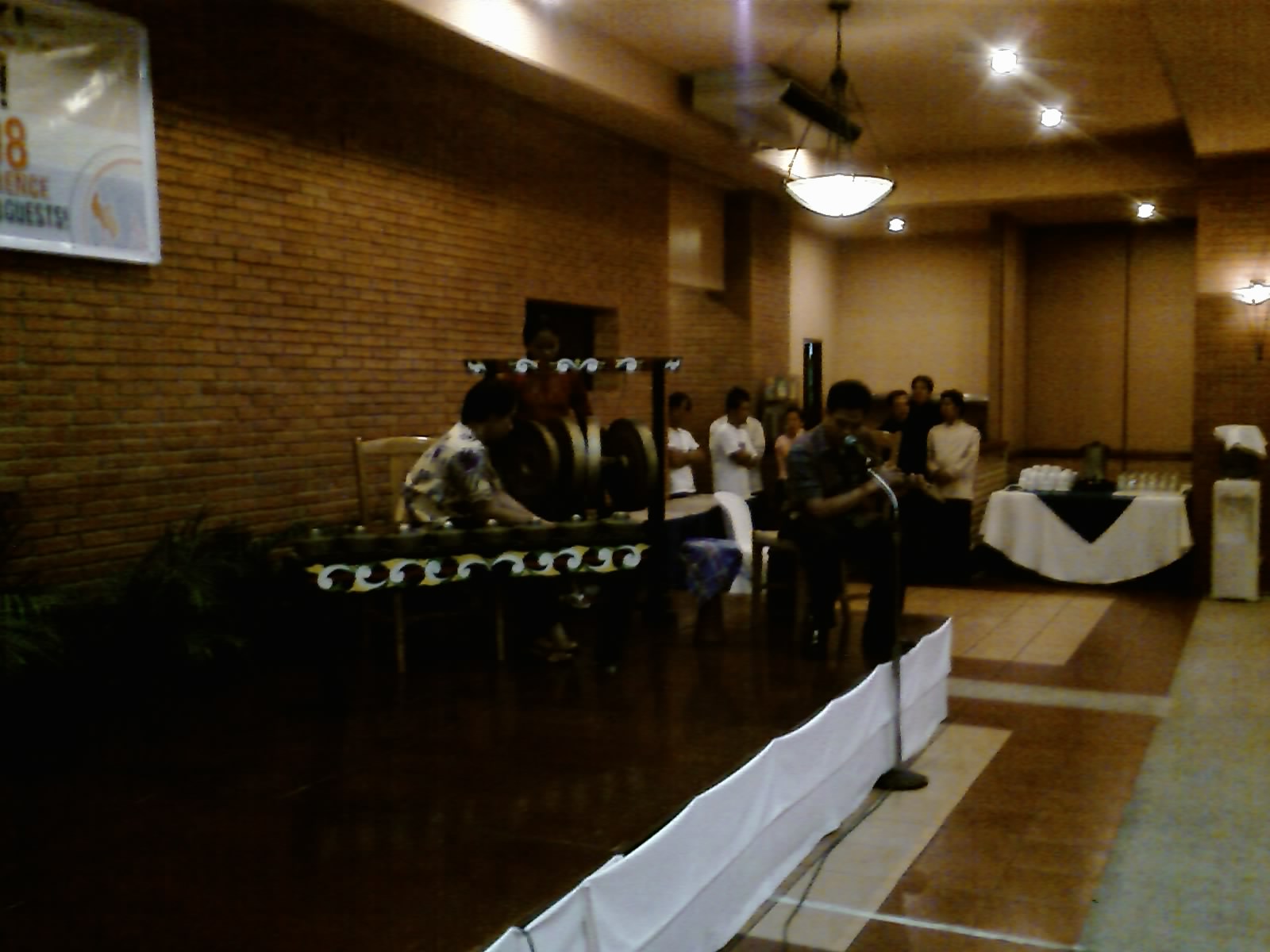 Philippines: A love song sung by Doracie and her student

There might have been one ore two more songs but I cannot recall. The programme ended at 9 pm and everyone seemed to have enjoyed themselves thoroughly. On to the next day!

Here are some shots and clip of what went on today at prep. 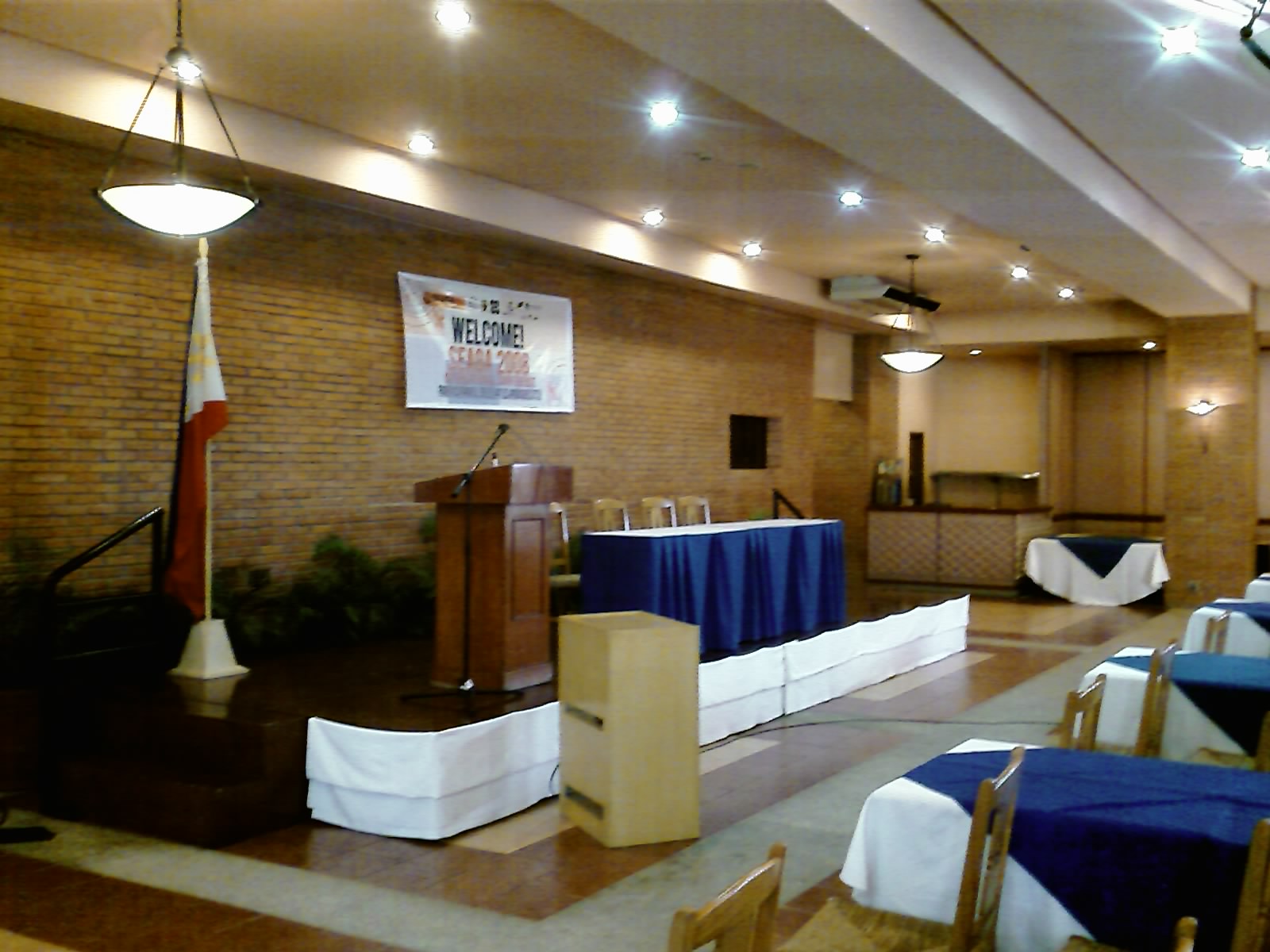 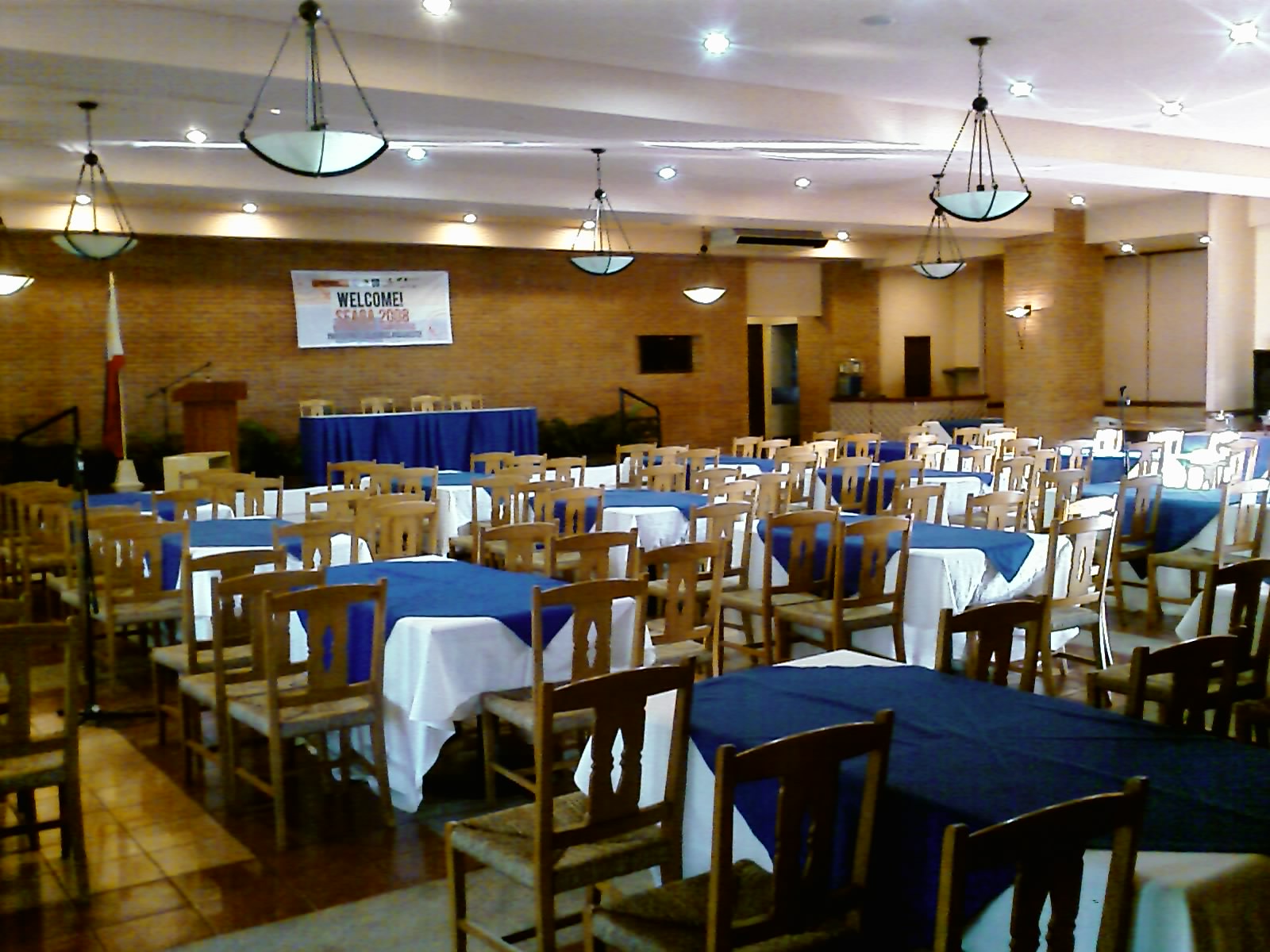 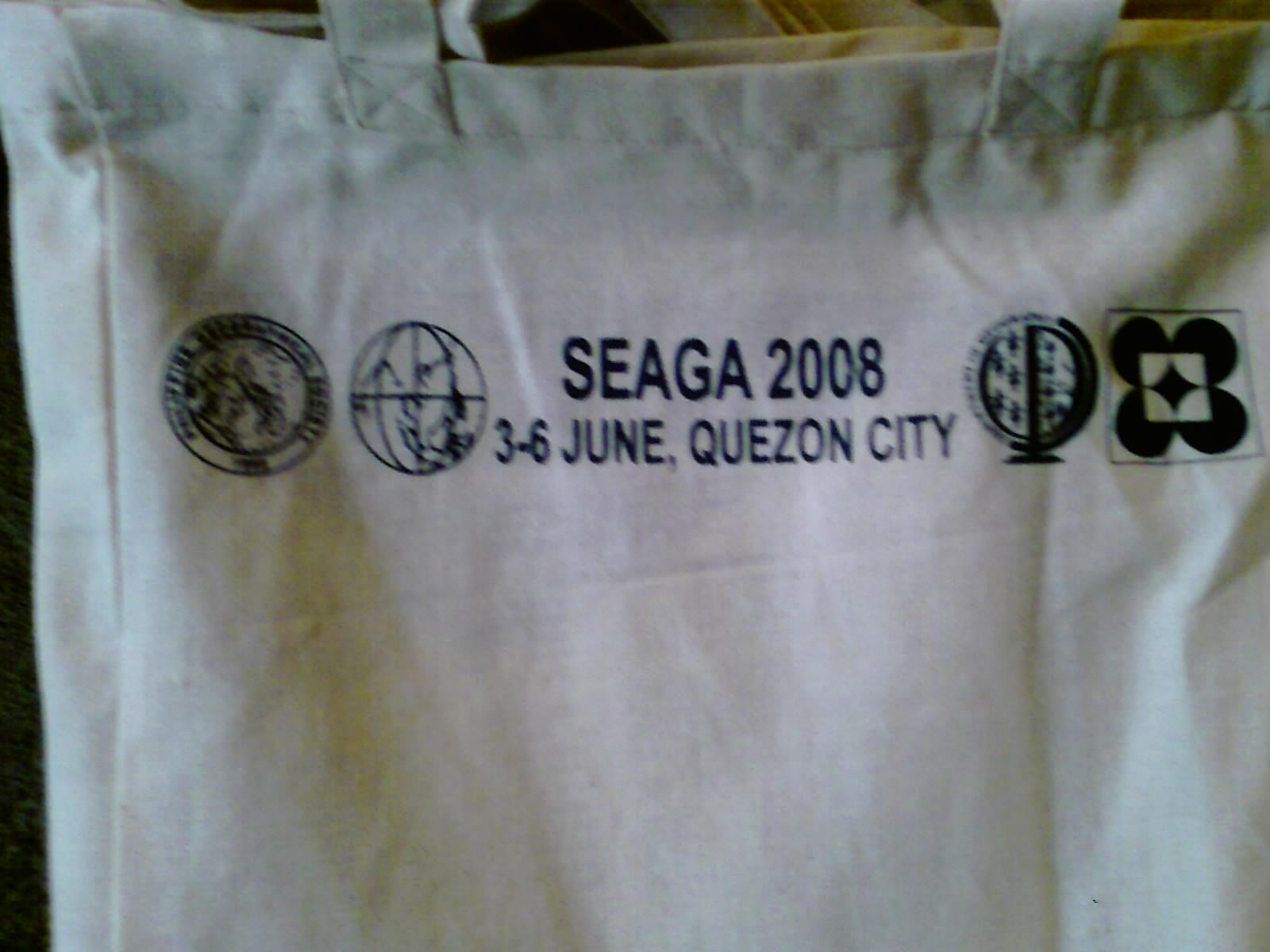 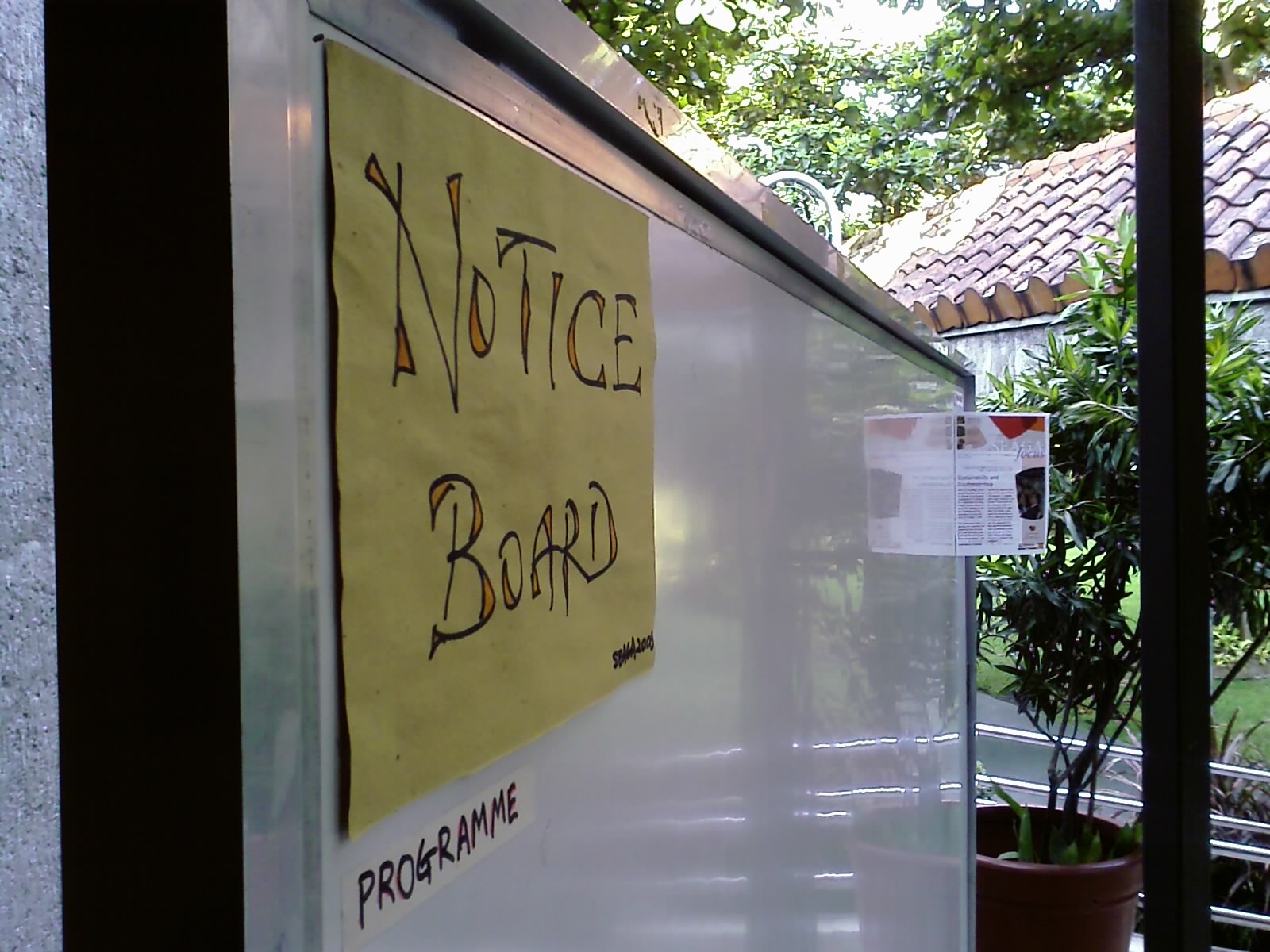 The GTA-SEAGA Fieldtrip delegation left for Manila at 1320 today. As of now the 22 delegates have settled down at the Great Eastern hotel. They will be setting off for Mt Pinatubo in less than 5 hrs at 3.30 am local time. Some of them have already gone to bed. Adrian, the tour gudie and Emmanuel from UP came to pick us up at the airport. They gave the participants some very interesting tips. It sounds like they will be having loads of fun tomorrow. Wish I could go as well.

Here is a shot of the particpants at the airport. 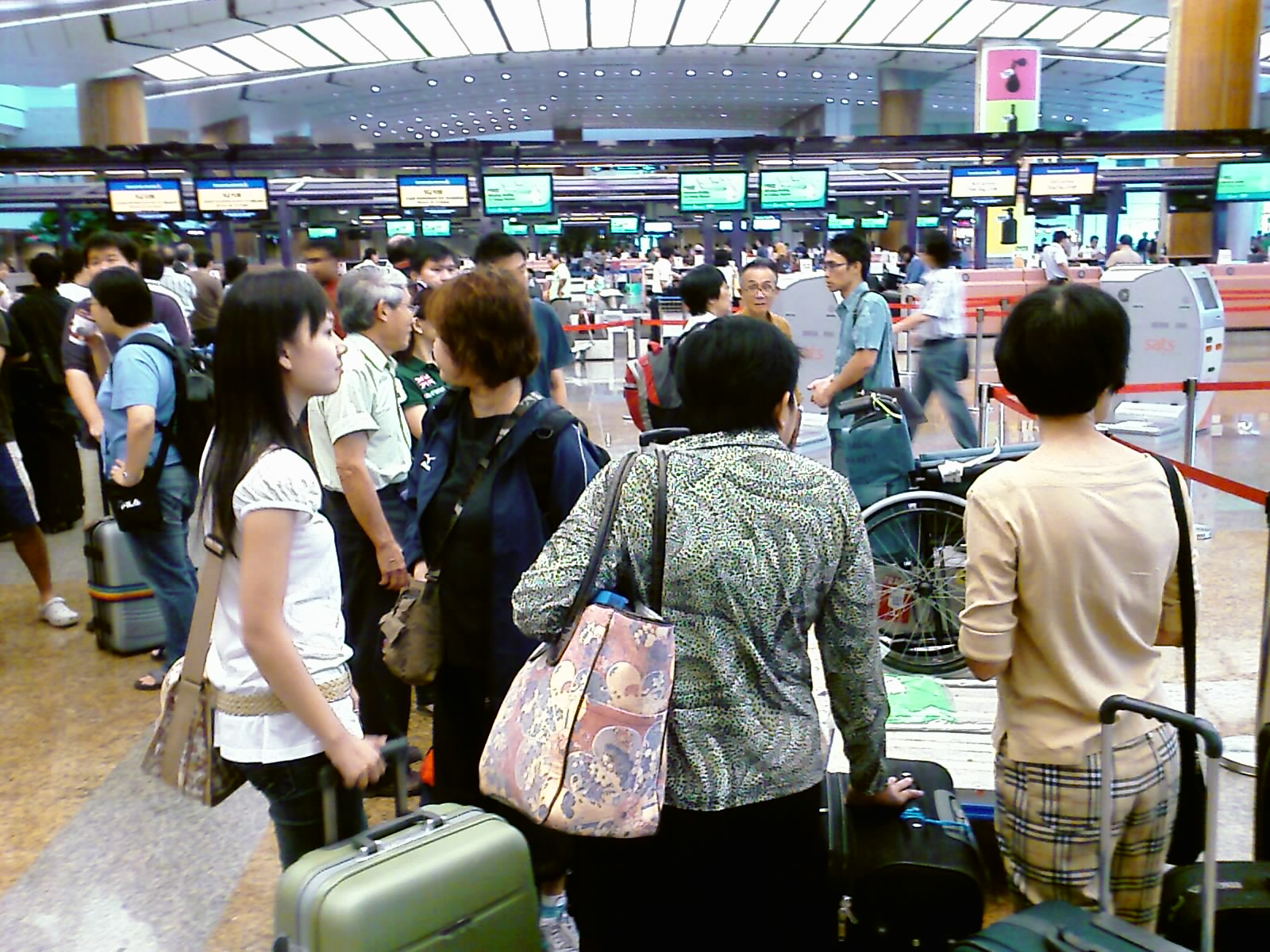 SEAGA 2008 will start on 3 June (just a few days away). As of today, the participants that have signed up come from over 22 countires. There will be more than 150 participants at Quezon City, Manila from the following countries:

Just by the sheer number of countires alone, the conference promises some interesting interaction.

More about our partner - PGS

The PGS was established on December 8, 1950 as a professional organization of geographers and geography enthusiasts to stimulate geographic interest through research and education, as well as to apply geographic knowledge in all phases of human activities. PGS publishes the Philippine Geographical Journal and spearheads the annual National Conference on Geographical Studies. PGS is a member of the Philippine Social Sciences Council.

Webnode, an innovative sitebuilder
Have a captivating website for free!
Get started